Next Door Male says: Axel Kane is a corrections officer who is ready to show off his nightstick. His job is to keep things cool, but Axel is ready to lose control and heat things up, as he shows off his chiseled physique and his meaty cock.

He invites you to join him in his first scene as he slowly works his chest and rubs himself into a frenzy, showing off his cock before stroking it to a messy finish.

Alex’s inhibitions melt away in front of the camera as he explores his sensual male side, and he’s inviting you to ride along with him.

Maskurbate says: For those of you who travel, I’m sure you once encounter a sexy porter bringing your luggage to your hotel room.

Have you ever fantasized about asking him to stay a little longer to see what he looks like naked? Well, I sure did and it inspired me to shoot this scene with our newcomer Andy.

Active Duty says: Woody Johnson isn’t skinny by any means but rather he’s built amazingly well. If you like your men with glasses well than Woody looks super dam sexy in his frames.

He’s quiet and well reserved but that cock on this beautiful man is one big Johnson. It just keeps on growing and growing till its rock hard and he’s using both hands to stroke his big dick.

He kicks his head back spreading his legs nice and wide so we can see all his man glory. Woody has to use both of his hands to get a good grip on that veiny big dick of his.

You can hear the sounds of the lube as he strokes his cock fast and slow. You can see it in Woody’s eyes that he is enjoying himself to the fullest.

Woody has a smooth sexy toned body that is just so pleasing to the eyes. His ink is in the right places and will not distract you from the main attraction.

Next Door World says: Markie More and Donte Thick are both amped and ready for this stripped down romp of a scene, with both guys looking to abandon their inhibitions and indulge in their every piggish desire.

Both guys like it raw, rough and nasty, so when they get together, it’s a perfect pairing of unfiltered hot & dirty sex.

Each guy has his way with the other, using his every hole in whatever manner he chooses. Markie gags to a beet red on Donte’s cock before plowing him from behind.

He fucks himself empty, losing his load all over Markie’s stomach as jizzes up a puddle of his own.

Exhausted, both guys shower up and look forward to some recovery before they go at it again and again.

Hot House says: Jack Hunter hurts his ankle playing soccer when Woody Fox comes to his aid and helps him back to the locker room. Woody makes a slip of the tongue when he offers to rub Jack out.

Despite the mistake in wording, Jack likes what he hears and sits back on the bench to let Woody have his way. The two jocks lock lips to get each other revved up before Woody peels off his uniform and offers up his thick, uncut cock.

Jack can’t believe his eyes and opens his mouth to wrap his lips around his teammates giant boner. All the sucking makes Jack hard as a rock, which doesn’t go unnoticed by Woody who helps Jack out of his uniform.

The studs take turns sucking each other until Jack decides he wants to play center on Woody’s massive pole. Jack rides it deep as his own thick cock and low-hanging balls flop up and down with each plunge from Woody’s dick.

Woody overpowers his teammate and bends Jack over the bench to shove his cock into his goalpost even further. With Woody above him fucking his ass, Jack jerks his cock until he shoots a load all over his own leg.

Not to be outdone, Woody pulls out and stands over Jack’s face, who takes a thick load all over his tongue.

Zane Taylor gets used to every inch of Mike De Marko’s huge cock fucking him harder and deeper!……

Extra Big Dicks says: Mike De Marko and Zane Taylor are sitting in the locker room and Mike is questioning Zane on what happened with his relationship with Billy.

Zane opens up and admits that the sex was not good enough and that Billy had a small cock that did not satisfy him.

Seeing his opportunity, Mike makes a move on Zane and once Zane discovers that Mike has a big cock, he cannot resist.

He plays with Mike’s cock through his shorts at first and then pulls it out the side and starts sucking it.

He does his best to take it all, but struggles a bit. Mike then pulls out Zane’s long hard cock and sucks him.

Mike then moves to Zane’s ass and rims him for a bit before he fucks him. He starts out slow as Zane gets used to every inch of his cock and then starts fucking harder and deeper.

Zane then shoots his load all over Mike.

Next Door Buddies says: As Ryan Jordan unzips Mark Long’s pants revealing his giant cock, Ryan is in awe of just how big it looks in person.

He tentatively tries to take all of it in his mouth but knows that Mark’s hung like a horse and that it might be impossible.

Still he tries his best, gagging on Mark’s meat pole and working his balls with his tongue.

Mark tells him to undress and Ryan reveals that he’s packing some serious business in his pants as well, but Mark is fearless attacking Ryan’s dick, gobbling it up and devouring it as he strokes himself hard.

Ryan is no stranger to pounding ass with his giant dick, but the tables are turned on him here, as Mark bends him over and slowly inches his long rod deep inside Ryan.

A monster load from a monster cock. Now Ryan has been initiated.

See Mark Long has biggest cock Ryan Jordan has ever had but he takes it like as champ here! 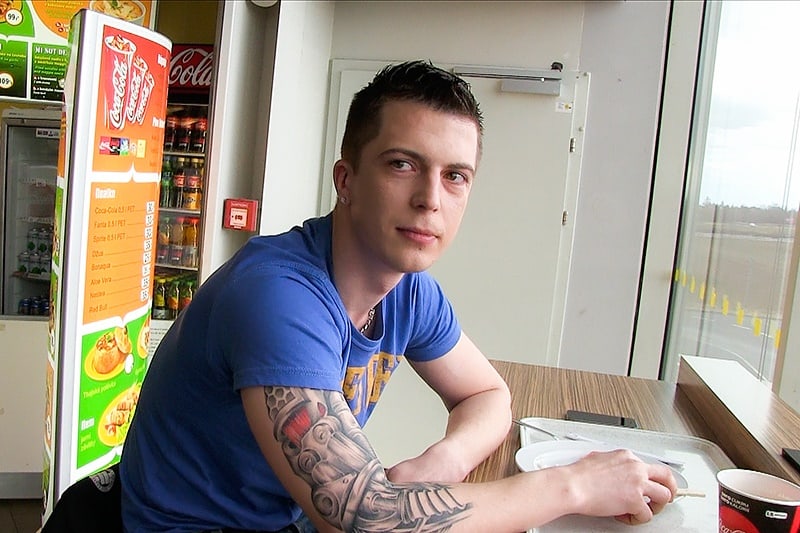 CzechHunter says: I was hunting around a shopping mall at the outskirts of Prague and it went badly. I had absolutely no luck. I decided to take a break and have a lunch at the food corner.

There I noticed a young boy eating. We started chatting and he told me that he stopped there on his way from work.

He was a factory worker so I was afraid he might be too tired for my crazy ideas.

But once I showed him my money, he started bursting with energy. We found a nice secluded place and got busy. The poor boy was freezing but I liked it.

The cold tightened all his muscles so I had a great view at his ripped and tattooed body. Not to mention the most important muscle of his body.

After I was done with him, I gave him a ride home. I’m sure his girlfriend was happy about the unexpected bonus. 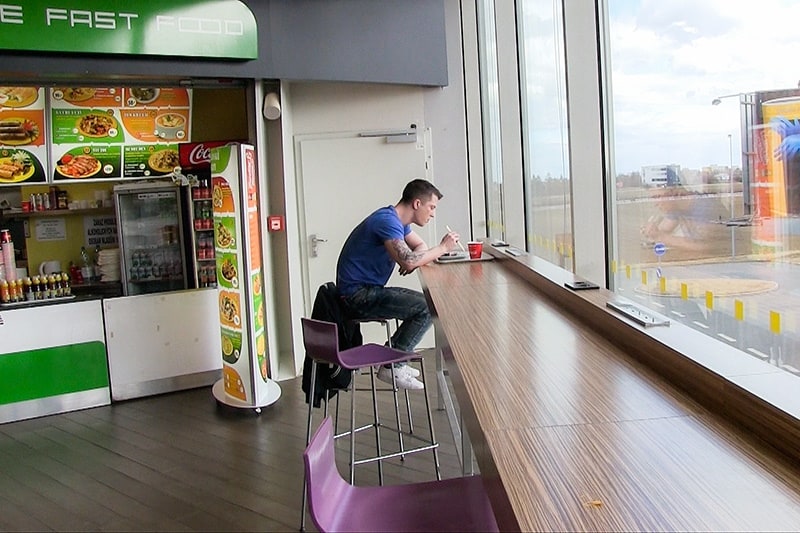 Icon Male says: Young and horny Trent is ready for more and he has his sights set on his hard-bodied Uncle Heath. The experienced uncle starts by worshiping the young man’s body and taking care of his rock hard dick. Just when they thought they were alone, in walks Trent’s cum-hungry stepdad, Jack. Now they can really get down to business as Jack takes full control. He begins by eating his stepson’s tight pink asshole. After Jack’s stepbrother and stepson service his thick hard cock, he fucks them both in this torrid family three-way. Starring: Leo Luckett, Mitch Vaughn, and Sergeant Miles.

Titan Men says: “You still smell like him,” smiles Dirk Caber at his hubby. Dakota Rivers’ dick head peeks out of his shorts, Dirk having a taste (“Sexy fucker!”) before they free their beasts.

“Less talk, more suck,” says Dakota, Dirk wrapping his bearded lips around it. Dirk gets slurped, his dick snapping back to his stomach when released from Dakota’s mouth.

Dakota fucks Dirk’s furry hole, the bottom sitting all the way down to his tight sac. Dirk gets on his back—his boner expertly stroked as Dakota fucks him: “You are so mean when you’re doing that. I love it!”